A Giant Step | Solasta Crown of the Magister Wiki

A Giant Step is a Secondary Quest from the Lost Valley DLC in Solasta: Crown of the Magister. Quests are different tasks and missions that a player can acquire and partake in throughout the game, quests are usually unlocked through the main campaign, during a series of events, or are given by certain NPCs. Completing a quest also grants various rewards that can aid the player throughout their journey.

This quest begins directly after the completion of The Lost Giants quest. This will also unlock the Swamp (Location) if it wasn't previously accessible.

The Swamp (Location) can be found when you exit your currently location. It is located left of Caer Hyfryd towards the western region of the map. Travel to the swamp to complete this objective.

Track the quest to be able to view the location of the objective marker. You'll be following the marker north until. At the last platform you will come across a torch. From here, take the rock platforms to the left to finish crossing. There will be a Shack in the area that you can loot. Following the marker north further will unlock the River and eventually, the Forge Camp on your map. Follow the sets of torches to reach the camp. Entering the camp will unlock the Forge Camp Waypoint on your map. If not previously unlocked, entering this location may unlock the quest, The Swamp Base depending on your relation standing with the Forge. As you approach you will trigger a cutscene. Persuade Hasdrubal to release the captive giant, Rugan and this will clear the objective. 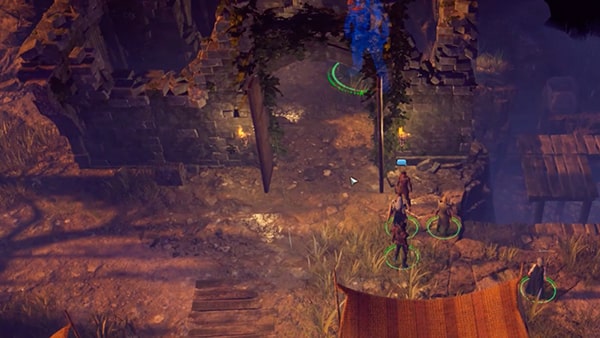 Finally, you cam return to The Verdant Valley and speak to Gartok again to complete the quest and continue the questline by starting the Ugly Truth. With Rugan in your party, you may need to find an alternative way back by heading west. Make your way west across the wooden platforms. Your adventerers may pass through the cliff's edge, but Rugan can continue to take the larger wooden platforms.  This will take you to the west exit of the swamp where you can exit and return to Gartok. Exiting will trigger a cutscene with Rugan. He will meet you at the valley. 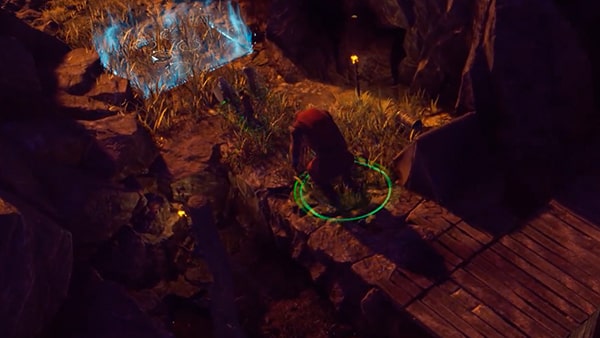 How to obtain A Giant Step

A Giant Step Rewards and Loot