Lost Valley DLC for Solasta Crown of the Magister is the latest Downloadable content or DLC that was released for additional game content and quests. The Lost Valley comes with hours of content and a whole new storyline that features new Locations and characters to uncover. Players can now explore the Valley and what secrets and turmoil it may hold. Players can expect to have their loyalties tested with a number of new Factions whos values may not align. Decisions in the game may improve or destroy your relationships with these Factions based on the quests they are given.

Purchasing the Lost Valley will also unlock new Subclasses for players to choose from to give players an opportunity to play around with different builds and dynamics in the main game and to further delve into the DnD universe. New environments, monsters and features have also been added to the Dungeon Maker feature in the game.

The Lost Valley DLC adds a new level 1 - 12 campaign adventure with additional story content, enemies to face, subclasses, and co-op features. This all new campaign may also be enjoyed more than once, since there are secrets and quests to uncover with each run. This time around, players may need to have a clear loyalty to a Faction, and may destroy alliances if they choose to be affiliated with another. This allows players to replay the campaign if they felt the ending was not suitable for them.  Upon purchase of the DLC, each Class will gain one new available Subclass. Players can take a party into the land of the Dominion with a newly selected subclass type for an all new experience.

In addition to the all new campaign content, new features, environments and monsters will also be available for when playing through the Dungeon Maker.

How do I download the Solasta Lost Valley DLC

The Lost Valley DLC along with all other DLC content and Bundles is available for purchase on the Steam Website.

It is an open secret that Barbarians of the Path of the Claw are the descendants of an old clan that mingled with dragons. Whenever they enter a rage, their ancestry comes rushing out and takes over their senses, allowing them to perform incredible feats of power.

Some say that druids from the Circle of Balance are gentle healers, while others tell of merciless executioners. The truth is, both are right: nature giveth, and nature taketh away.

Haunted Souls are sorcerers whose innate abilities draw malevolent spirits to them. Those who survive the ordeal form a symbiotic relationship, harnessing their power while having their soul slowly drained away.

No sin should be overlooked, no matter how small - although punishment must also fit the crime. Relentless in their pursuit of justice, those who decide to stand in their way better be prepared.

Swift Blades are fast, silent and deadly. Originally trained to take down Manacalon arcanists in a matter of seconds and vanish, they often worked together with Green Mages with great success.

When heads need crackin' and people beatin', Hoodlums are those you turn towards. These brutes may not be professional soldiers, but honor don't win you fights - violence does.

Court Mages were once the magical equivalent of elite bodyguards. Highly prized during the Manacalon era when society was ruled by magic, this tradition has slowly resurfaced in more recent years.

Mischief is a way of life for followers of Misaye. Expect them to do the unexpected with a sly smile on their lips, even when the Lady of Luck turns the tables on them.

On the battlefield, victory is achieved through discipline, rigorous training and audacity. Solastan Commanders can often be seen leading the charge while bolstering their allies.

The tree stands at the heart of the Forest of Colthannin. To the sylvan elves - and more recently, to others - it is the soul of the forest. Its roots probe the depths, its branches touch the sky - and its warlocks travel the world between, informing and enacting its labyrinthine plans.

The College of Traditions is descended from an order of song-wizards who served the Manacalon empire. While their allegiance has changed, their fascination with magic has not - and neither has their skill.

This style of fighting was developed by Manacalon slaves, who were forbidden weapons by their masters. Emphasizing speed and balance, the way of Freedom lets its followers evade blows and dart inside enemy defenses.

A faction of crafters and scavengers, based in the jungle

An elusive group with unlcear motives

Citizens of the valley's capital

The faction of the valley's ruler

Enemies of the Dominion, determined to overthrow it 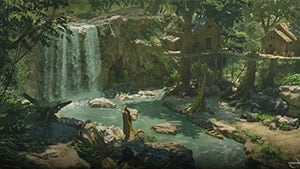 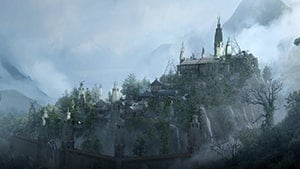 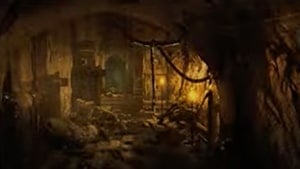 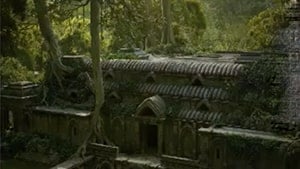 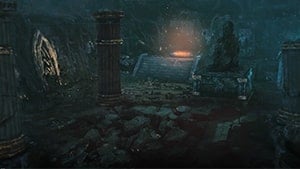