Crafting in Solasta features the various aspects relevant to the crafting mechanic of the game. Players can find detailed information on how the crafting system works as well as the different recipes and materials used to forge different items and possibly gear such as Armor, Weapons, and more.

In Solasta, you can craft various items. To do so, you need the proper equipment, ingredients, skill, and time. For magical items, sometimes you need to know spells. Crafting is performed while traveling when your party has set up camp but is not yet sleeping. Characters can devote some of their free time to work on their current crafting task. 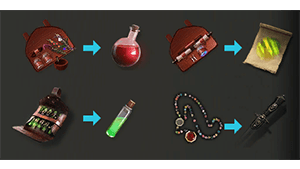 These are the required tools to craft:

To craft an item, you need the required crafting tool in the party's inventory and you need to be proficient with the crafting tool or in a compatible skill. Your highest proficiency is used to make successive checks against the recipe's DC.  All crafting proficiencies benefit from high Intelligence, even Medicine, which is Wisdom based. Tool proficiencies are based on Class and Background. 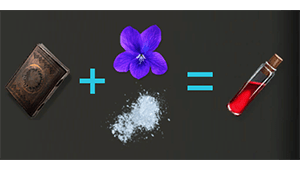 To craft an item, you need to know which ingredients to combine. These Recipes can be learned by reading manuals or taught by masters. Solastan factions generally keep copies of recipes and sell them at good prices to their friends, but some can be found out there in the Badland, too. Once a recipe has been learned, everyone who's in the party can use it.

Crafting requires Ingredients. They can be found while adventuring, gathered from flowers, bushes, rocks, and sometimes, from dead creatures. Obviously, you can also buy them from shops, unless they are very rare. Enchanting requires Prime items that have been magically prepped for enchanting by Manacalon Mastersmiths, whose secrets have been lost with the Cataclysm. Generally, a Primed Item will require a very rare additional ingredient to fulfill its potential.

A Herbalism Kit is Required for Potion Crafting. Medicine will also help with crafting potions.

The Poisoner's Kit is required for Poison Crafting. Medicine or nature will also help with crafting poisons.

A Scroll Kit and Arcana is required for Scroll Crafting

A Manacalon Rosary and Arcana is required for Enchanted Weapons and Armor.

Crafting Ammo requires the character to be proficient in using the Smith's Tools.

Ingredients are Items that are mainly used for crafting various elements in the game such as consumable items, equipment, scrolls, and many more. Crafting is performed while traveling when your party has set up camp but hasn't gone to sleep yet. Characters can devote some of their free time to work on their current crafting task. Apart from gathering the required ingredients, characters must be proficient in using specified Tools and/or Skills. This page covers a list of all the ingredients found in the game.

Ingredients can be used in recipes for Crafting.