A Mysterious Place | Solasta Crown of the Magister Wiki

A Mysterious Place is a Secondary Quest from the Lost Valley DLC in Solasta: Crown of the Magister. Quests are different tasks and missions that a player can acquire and partake in throughout the game, quests are usually unlocked through the main campaign, during a series of events, or are given by certain NPCs. Completing a quest also grants various rewards that can aid the player throughout their journey. This is a Faction quest for the Forge. Completing this quest will increase your relationship with The Forge.

Find out What Happened

Find a Way Out

Talk to Hanno Mudstrider at the Forge Camp within the Swamp . This will unlock the Mysterious Ruin Location on the map.

Exit the Swamp and make your way to the Mysterious Ruin. This is located just south west of the Swamp on the Fast Travel Map. Reach this location to complete the objective.

Once you arrive and enter the ruined structure, approach and enter with caution. You will be greeted with a battle against a number of Orcs. They will be positioned spread out. Also be aware of the Orc that may be hiding behind the statue in the middle of the room. Try to stay out of the line of sight from the further ORc Shaman, since they can deal a very powerful ranged lightning attack. Use the pillars nearby to your advantage and get behind them. The Orcs at the front may be the first to attempt to appraoc ht he group. Prepare you melee attacks to clear them. When you get a clear view during your turn, deal a AoE attack if you can manage to position it so that it can affect multiple targets. As the area starts to clear, you may advance and approach more aggressively. Clear and loot the area when you're finished. On the other end of the room, there will be two interactable colored stepping stones. Step on both to gain access to the next area. Enter through the gates north and you will have a new objective.

Find a Way Out

Peak through the next sets of doors to enter a cutscene. Choose whether you wish to explore the Library or underground lakes and enter through the gate. You will need to explore both so choose which one you wish you explore first. 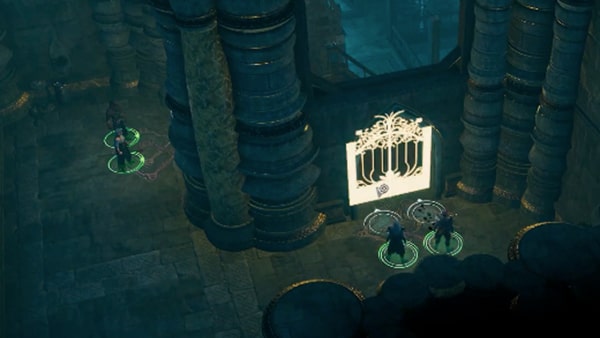 Explore the initial library room and make your way to the next room to face another battle against some Badlands Hunters. The Shock Arcanist may position herself across the room to get a clear sight on your adventurers and deal a long ranged attack. Try to clear her out first. Get into a position where you can deal an AoE attack if available. Appraoch the fight carefully. You may also send an adventurer down the nearby flight of stairs to clear the closer enemies on the floor below. Clear the fight and continue. Clear the area to move on. Proceed to the next area north. There will be a highlighted book on the shelf from the right archway. Explore the next unrevealed room to the east. This area will have a chest on the lower floor. This will contain Boots of Levitation, Primed Heavy Crossbow,  x1 Blood Daffodil. After looting the chest, you can take the next set of doors and head to the room to the east. 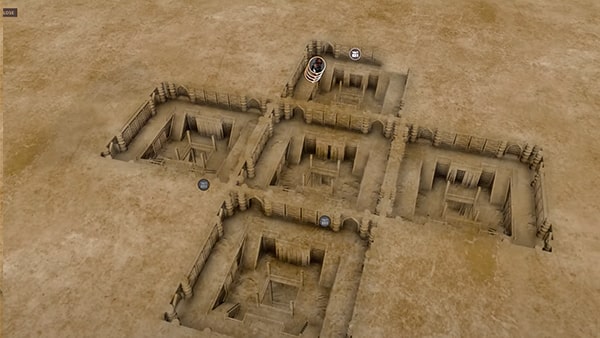 Once you have explored each of the rooms in the library, you will find that it is formatted in a cross shape. At this point you will find yourself in the northmost room. Interact with the glowing area at the north wall bookshelf to gain a few spell Scrolls, Scroll of Expeditious Retreat, Scroll of Animal Friendship, Scroll of Hideous Laughter. After this, you can interact with the platform with the same symbol as the gates found at the corner of this room. Step on it to reveal that the symbol has been lit at the earlier gates. Take the next doors east.  Another chest will be found on the lower floor. When you are done with the library make your way back to the main gates that led to the library. 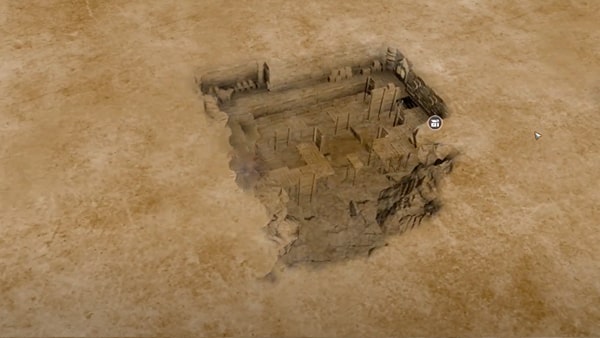 As soon as you enter the gates through the underground lakes, another battle against some skeletal enemies will commence. This time you will have a set of boxes nearby to hide one character behind. There will be a Marksman in the distance, but closer enemeis can be approached with melee attacks. While the enemies are grouped together, you may deal an AoE attack if available. Advance forward and slowly clear the area. Reposition as you go and clear the board. Clear the area so you can have a clear path to the button on the floor  path across the entrance. Loot the area before you go. There is also a Crate at the corner where the button can be pressed. Loot to obtain a Magnificent Shield and a Magnificent Longsword. Stepping on both floor buttons will light both symbols, which will now give you access to a teleporter. Enter the gates and this will activate the Secondary Quests, The Renewal. Make sure to take the Leather-boudn Book on the stand just next to the teleporter. Enter the teleporter and you will have your new objective. 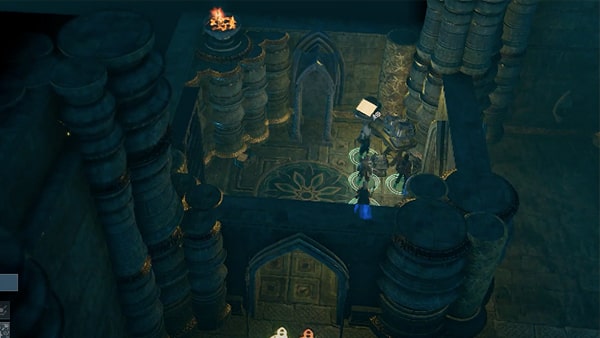 Enter the travel space and speak to Hanno Mudstrider. This will complete the quest.

How to obtain A Mysterious Place

A Mysterious Place Rewards and Loot