The Tyrant | Solasta Crown of the Magister Wiki

The Tyrant is a Secondary Quest from the Lost Valley DLC in Solasta: Crown of the Magister. Quests are different tasks and missions that a player can acquire and partake in throughout the game, quests are usually unlocked through the main campaign, during a series of events, or are given by certain NPCs. Completing a quest also grants various rewards that can aid the player throughout their journey. This is the final quest for the Mask Faction questline.

Completing Into the Depths will activate this quest.

Speak to Marin Ving who will be in the same location as where you left off after Into the Depths.

Return to the city, Caer Hyfryd, and make your way through the palace gates to Orenetis. Attack him to trigger the battle. Vando Kalrn and other Mask allies will fight by your side. As his stats start to decrease, advance towards the other enemies. You will also come across Malariel Brogarad. You will need to clear the battle to clear the objective. Position your adventurers around him. You will be facing his guards and Dominion Soldiers as well. While you are next to him, prioritize your attacks on Orenetis. Continue to reposition your characters while prioritizing your attacks on Orenetis and then Malariel as she approaches. Finaliel will also be here, with ranged magic attacks so be aware of his powers. Try to stay behind other NPC allies and they may take incoming damage rather than your characters. Slowly clear the bored. Better clear them one at a time rather than depleting each enemy HP separately. This objective will clear once you earn your victory in battle.

The end of the battle will trigger a cutscene. You will have a few dialogue options when speaking with Vando Klarn. This will also give you the hostile option to face him, but this will cause you to fail the current quest.

Once it is through, pick up the scepter from the top of the table at the corner of the room. your HUD compass should be pointing you to it. It should be towards the northeast if you are tracking the quest. This will complete the quest and will be the final quest for the Mask Faction. Take it to obtain the Scepter of Redeemer Control and complete the quest. This will begin A Safe Passage. 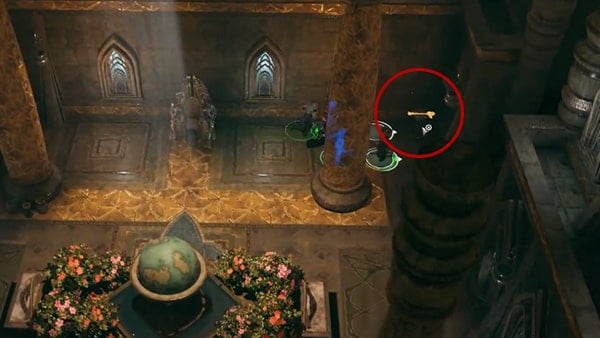 How to obtain The Tyrant

The Tyrant Rewards and Loot