Reconnaissance is a Secondary Quest from the Lost Valley DLC in Solasta: Crown of the Magister. Quests are different tasks and missions that a player can acquire and partake in throughout the game, quests are usually unlocked through the main campaign, during a series of events, or are given by certain NPCs. Completing a quest also grants various rewards that can aid the player throughout their journey. This is a Faction Quest from the Mask. Completing this quest will increase your relationship with the Mask Faction.

Travel to the Buried City

Complete Wind of Change from the Mask questline to begin the quest.

Travel to the Buried City

Make your way to the Buried City marker which will be to the west of the Swamp (Location), this will later be labeled Dinas Gessa.

Once you arrive head north from the arrival location and follow the natural path down a flight of stairs. Approach the area cautiously to reveal any traps. You will be met with a few ways to proceed. If you get east and look south you will see a chest here. Be careful of another trap while you approach. You may need to be proficient with Thieve's Tools. Return to the main area.

Take the path to the right (west) where the plank connects the rock platforms, so you can reach the platform north.  You may send one member to the west across the two platforms in order to loot the corpse on the west platform to receive: Studded Leather, Longbow, Remarkable Arrow x13, Leave Authorization and some coins. There will also be a crate below the platform within the marsh. Highlight the items in the area to reveal it. Beware of the trap in the area when you descend and be prepared for a battle against a few Phase Spiders that may be triggered when entering this area. This crate will contain a Strange Key. If you clear this battle and continue east, continue with caution. You will come across a cell with a trap. 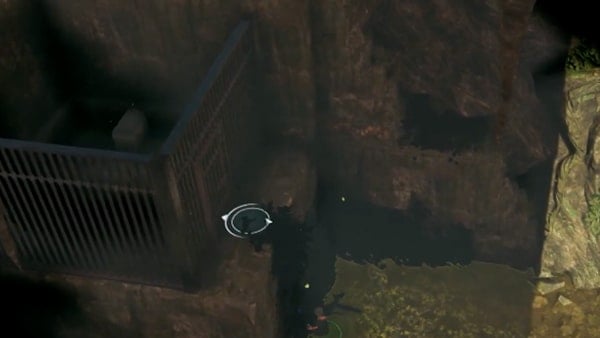 Enter the cell and get through the trap to loot the chest. This will contain Scroll of Fear, Personal Journal, and an Armor piece. Return east and continue north on the main stone path, through the large arch to enter the building. 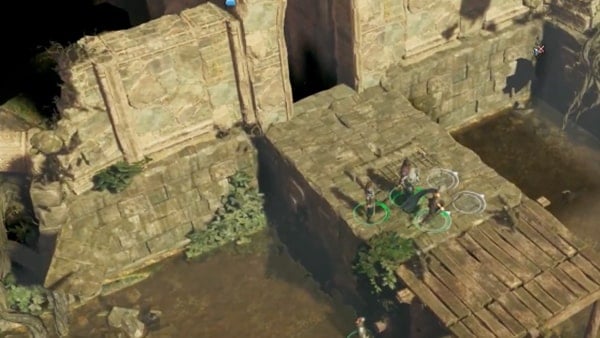 Move forward. This will be marked as the crossroads on your map. Open the large doors north to unlock the Rebellion's Headquarters on the map.

Return to Caer Hyfryd and speak to Vando Klarn to complete the quest.

How to obtain Reconnaissance